What You need to Know 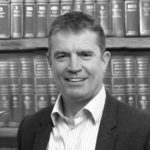 Most people will have some idea about drink-drive limits either knowing the actual figures involved or having some idea as to what might be a safe amount to drink and still drive. Of course, to be absolutely safe on the road and to ensure you keep your licence, you would be well advised to drink no alcohol at all if you intend to drive.

With drink-driving, the legal limit for blood alcohol was set according to a scientific approach and at a level at which a person’s driving ability would be expected to become impaired. The actual limit is 80 milligrams of alcohol per 100 millilitres of blood. That equates to 35 micrograms of alcohol per 100 millilitres of breath. The greater the level above that, the greater the impairment. Sentencing guidelines reflect this both in terms of the sentence imposed which ranges from a fine up to 6 months imprisonment and the length of disqualification. All well and good.

The approach to drug driving however has been very different. The offence came into force in March 2015 when legal limits for a range of illegal drugs were set according to a ‘zero tolerance’ approach but ruling out accidental exposure. Those limits are therefore arbitrarily low regardless of whether such levels would be expected to impair driving ability. There has been no sentencing guidelines as such published although there is some guidance and courts will look at the overall circumstances of a case rather than simply consider the extent to which a person is over the prescribed limit.

Also caught by the legislation are a range of medically prescribed ‘legal’ drugs. In the case of these drugs however, the limits are set according to a road safety approach and at levels above that which might be expected from normal therapeutic use.

The list of drugs and their associated limits are shown in the table below:

It can never be safe to drive after taking any illegal drug. Except at the smallest of concentrations, you will lose your licence. So what about if you take drugs say at a party, go to bed and then drive the next morning? The answer is that that will not provide you with a defence. If the drug is still in your system and above the relevant limit, whether you know it or not, you would be guilty of drug driving.

Different drugs remain detectable in blood for different periods of time; these periods may vary between people and depend on circumstances. Those periods range from around 12 hours for heroin to one to two days for cocaine and up to two weeks for cannabis. It has been reported in one case that cannabis was detectable and above the legal limit of 2µg/L after nine days of abstinence.

If you have been charged or have received a summons or postal requisition for drug driving or if you would like to discuss any motoring offence, then please contact us. Our motoring specialists Robert Skinner and Shaun Newey will be happy to assist.

Charles Strachan Solicitors have a legal aid franchise for criminal defence therefore if your means are below a certain threshold and your case is serious enough or complex, it may be possible to secure legal aid funding to defend your case.