Pam Sanghera of our Family Department successfully obtained a Publicity Order in her matter relating to a child, aged four, who has been unlawfully retained in Kenya by the father, a celebrity public figure.

The Royal Courts of Justice, High Court Family Division has permitted the following material to be publicised in the hope this will encourage the Father, and his family, to rightfully return the child as per UK High Court Orders. 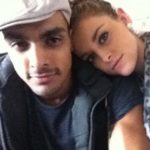 These wardship proceedings are brought by the Mother and arise from the Father’s unlawful retention of the child in Nairobi, Kenya, in June 2016, in flagrant breach of a UK Court Order and without the permission of the Mother. The child is a British National and has lived in England from birth until April 2016. He is habitually resident in the UK.

The Mother is British and the Father is Kenyan. The parents began their relationship in Kenya in 2012 and married in 2013. The Mother relocated to the UK in July 2014 to reside permanently, as agreed by the Father. The Father joined the Mother in the UK in September 2014 until December 2014. The Father returned to Kenya and made an application for a UK settlement visa. They have one child together; a son aged four years old, born in the UK. The parties separated in 2015.

In 2015, the Father initiated Children Act Proceedings in England. A Child Arrangements Order was made for the child to live with the Mother and for the Father to have one weekend of contact with the child per month. The parties were prohibited from removing the child from the jurisdiction for over 28 days without prior written consent by the other parent or a Court Order.

In April 2016, the Father took the child to Kenya for a ‘probable period of 60 days’ with the agreement of the Mother. The child should have been returned to the UK by June 2016 but was not. The Father did not attempt to contact the Mother to obtain her consent nor did he obtain a Court Order to retain the child outside of the jurisdiction for the extended period, as was required by the Child Arrangements Order. Upon contact with the Father, it was made clear to the Mother that he had no intention to return the child to her.

In July 2016, after countless refused pleas by the Mother to have her child returned, the Mother formally reported the child as being unlawfully retained in Kenya to the police in England. No progress was made. Despite the Father cutting off contact with the Mother in August 2016, she continued to try and resolve the issue amicably to salvage her relationship with the Father as much as possible for the sake of the child.

In May 2017, after not making any progress in retrieving her son, the Mother flew to Kenya. At this point, it had been over a year since she had seen her child, and she was missing him terribly. She was left helpless and distraught over the situation and the lack of reciprocation by the Father to resolve the issue. She intended to collect the child from the Father in Kenya and return to the UK with him. After having allowed only two brief visits between the Mother and child, the Father applied to the Kenyan Court for full custody of the child and an Exclusion Order to prevent the Mother from returning to the UK with the child. Despite the Mother’s attempts to challenge the proceedings, the progress of the application in the Kenyan Court has been very slow.

In July 2017, the Mother, concerned that the Father may move to India or Canada with the child, made an application for a Return Order and issued Wardship Proceedings at the Royal Courts of Justice.

A High Court order to return the child was made on the 10th October 2017, The Order was renewed on the 10th November 2017, on the 17th January 2018, on 14th March 2018, and on the 23rd April 2018. The Father has not complied with the High Court Orders and has not returned the child to the UK. He has made no effort whatsoever to attempt to comply.

The Father is a public figure; a singer, actor and model in Kenya. He has recently released a music album.

The Mother believes that if publicity restrictions are lifted, the Father is likely to return the child to the UK because he is a public figure who would not want to jeopardize his status and career though the inevitable public criticism and the disapproval of followers, fans and colleagues.

The Father’s Mother (Charlotte’s mother-in-law) is Dr Jaswinder ‘Jessy’ Benawra. The child lives with the Father in Kenya and is looked after by his paternal grandparents, including Dr Benawra.

As well as being a grandmother to the child, Dr Benawra is a board member and director of Childline Kenya. She was also appointed as a member of the National Council for Children’s Services, Kenya for three years in 2006.

In addition, she is a Director of United Sikhs Kenya, a charitable organisation to assist underprivileged and disadvantaged individuals and minority communities across the world.

Dr Benawra was honoured by the President of Kenya and was awarded an Order of Grand Warrior of Kenya; an award given for exemplary qualities, achievements and contribution to the country.

It is hoped that the Father will be conscious about his and his family’s public image. It is further hoped the Father’s family will persuade the Father to return the child to the UK and comply with UK High Court orders.

The Mother continues to be heartbroken and misses her child very much.

Pam Sanghera, who has represented Charlotte from the outset of these contentious proceedings hopes this will encourage the Father to engage in the proceedings and bring the child back to the UK so the High Court can properly determine matters.