Modern Families - The Evolving Concept of a Standard Family 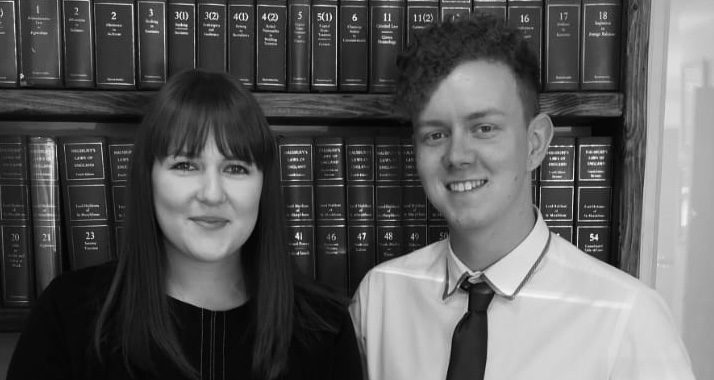 Gina Owen-Smith and Lewis Chatten recently attended the Modern Families Conference hosted by St Ives Chambers. Below, they share some of the issues that were discussed during the conference.

The concept of a ‘standard family’ has changed dramatically within modern day society with the increased diversity and acceptance of the same. Sir James Munby’s speech on 30th May 2018 discussed five major developments that he believed had led to the “enormous and profound changes in family life in recent decades”.

As family lawyers and practitioners, it is very important to be live to these issues and what this means going forward.

Consideration is to be given as to how the child or children were conceived, ie was this through assisted reproduction. This has a huge impact upon advising who the legal parent is.

At the present moment, there can only be 2 legal parents. If a child is conceived through assisted reproduction, special statutory rules will apply as to who is considered the legal parent under the Human Fertilisation and Embryology Act 1990/2008.

Currently the law states that the birth mother will be a legal parent of a child, even where she has conceived through the use of IVF, donor eggs or donor sperm. If the birth mother is married, her spouse, whether male or female, will also be considered the legal parent of the child. This works very well for couples who may find it difficult to conceive without assistance but what about a couple who use a surrogate to have a child?

A couple may use a surrogate mother to carry and birth their child if they are unable to conceive a child naturally, whether this is because they are a same-sex male couple or if a woman is unable to fall pregnant for medical reasons. As already mentioned the birth mother and her spouse, if she is married, will become the legal parents for the child. This is not particularly helpful where a surrogate has been used for the above reasons.

There are only two ways to diminish legal parenthood under English and Welsh law. This is either through (i) adoption or (ii) a parental order.

A parental order, if made, will diminish the birth parents of their legal parental status and award it to the intended parents. These orders can only be made under the strict criteria set out in S54 Human Fertilisation and Embryology Act 2008. If the criteria is made out, the court’s paramount consideration will be the child’s life long welfare. The application for a Parental Order cannot be made until 6 weeks after birth but no later than 6 months. This rule has however often been stretched and out of time applications have succeeded.

In recent years, there has been excellent progress in achieving equality for members of the LGBTQ+ community both in statute and case law.

One of the more notable changes is the provision in Adoption and Children Act 2002 to allow same sex couples to adopt. Another notable change in statute is the marriage (Same Sex Couples) Act 2013 which extends the definition of marriage to include same sex couples. Of course major legislation in respect of equality is the European Convention of Human Rights, in particular, articles 8 and 14.

In respect of case law, how courts decide a child’s welfare was evaluated by Lord Upjohn In J v C (1970) AC 668 Lord Upjohn stated the welfare of a child should be judged by “the changing views, as the years go by, of reasonable men and women, the parents of the children, on the proper treatment and methods of bringing up children”. This made progress by highlighting the fact that the courts needed to adapt to a forever changing society. In Re M (Children) 2017 EWCA Civ 2164 the court of appeal stated that S1 Children Act 1989 is an ‘always speaking statute’. This means that the welfare of the child should be judged by reasonable men and women of a modern society that is far more accepting of the LGBTQ+ society than it was previously.

Whilst excellent progress has been made, there is still the need for further progression and acceptance both in law and society.

For the purpose of this article, the term Transgender will be used to define those whose gender identity does not correspond to the gender they were assigned at birth. The Gender Recognition Act 2004 enables a person to legally change their gender and be issued with a Gender Recognition Certificate to this effect.

Case law is constantly progressing as are the views of the court. In Re C (Contact: Moratorium: Change of Gender) (2007) 1 FLR 1642, Justice Singer determined that contact between the children and their father, who had transitioned into a women during a period of no contact, should be indirect only for 20 months. The Court of Appeal held that this was not the approach to take and stated that “it is extremely unhealthy for the children to live in some unreal word” and even quoted Justice Singer’s own words that “the children must understand the truth and be brought to knowing the truth” .

This resulted in very important guidance to be applied in future cases:

New case law may bring about a significant change in how transgender parents are recorded on the birth certificate of their children. The case of TT and YY was heard by Sir Andrew McFarlane P and judgment is due to be given. The facts of the case concern a woman who transitioned into a male and obtained a Gender Recognition Certificate (TT). TT then went on to have fertility treatment and became pregnant. TT wished to be listed as the father on the child’s birth certificate. The Registrar General has refused this and said that TT must be listed as the mother. The fact that TT had fertility treatment while legally registered as a man is not within the scope of the Human Fertilisation and Embryology Act 2008. There have been many press reports on this case which all highlight the fact that society still has a long way to go in respect of these issues.

When working with clients who are part of the LGBTQ+ community, it is important that practitioners are aware of certain sensitivities in the case. Paying particular mind to their preferred personal pronouns and ensuring they are comfortable with the way in which their case is being conducted.

Should you wish to discuss any of these issues or if they relate to your case, please do not hesitate to contact Gina Owen-Smith or Lewis Chatten who will be happy to assist.