The Rights and The Process 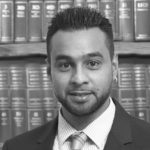 The police have the power to interview a suspect or a person assisting with their enquiries at a police station in relation to a criminal offence on a voluntary basis. This means that as you are not under arrest, you are free to leave at any time. This is a substantial shift in police interviewing technique and has been popular with the police since 2014.

The voluntary process is often a much quicker process than being arrested which can take much longer as it may involve one being taken to a police station often quite some distance away, documented, placed in a cell and then interviewed at some later stage when the police have concluded their enquiries.

The voluntary process usually means that the police have conducted some, if not all their enquiries which should result in your time at the police station being much shorter than if you were under arrest. Whilst you are free to leave at any time, the police could however decide to arrest you if you do choose to leave. This would mean that you would be taken to a police station with cells for questioning at a later stage.

After the interview, you are likely to be sent on your way to await any further communication from the police; this could be by way of an additional interview, no further action being taken against you or a postal requisition through the post to attend court.

As a volunteer, you have the same rights as if you were under arrest and the police must still comply with their Codes of Practice as set out in the Police and Criminal Evidence Act. Your rights include the right to silence and the right to have a solicitor present during such an interview. Legal representation at a police station as a suspect, whether under arrest or as a volunteer is completely free of charge.

Deciding whether or not to answer questions during a police interview can be very daunting and can make the difference between being charged with an offence or the police taking no further action against you. It is always advised that you opt to have legal representation present during an interview.

Should you require assistance on any criminal matter, whether on a voluntary basis or if you have been charged, then please do not hesitate to contact us on 0121 704 3311.