Success at The Court of Appeal 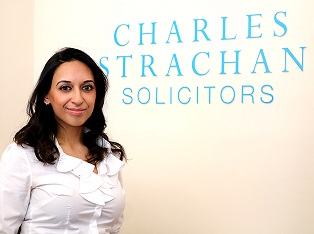 Charles Strachan Solicitors were successful in appealing a decision of The Honourable Mr Justice Cobb.

The father applied for the return of the child under the Convention on the Civil Aspects of International Child Abduction 1980 (‘the Hague Convention’) and Article 11 of Council Regulation (EC) 2201/2003. Unusually, the father sought the “return” of the child to Hungary, which was not the country of the child’s previous habitual residence.

The mother opposed the application for return and relied upon Article 13(b) of the Hague Convention as her defence, namely that there was a grave risk of physical or psychological harm to the child if he was returned to Hungary. As part of this argument, the mother stated that it was exceptional to order a return to a country other than that of the child’s habitual residence and that factor ought to be considered in conjunction with the Article 13(b) defence.

On 15th January 2019, Mr Justice Cobb made an Order for the summary return of the child to Hungary.

The Mother was granted permission to appeal this order on the basis of:

The Court of Appeal was satisfied that Mr Justice Cobb was wrong to send the child to Hungary and the appeal was allowed.  The application under the Hague Convention was dismissed and all welfare decisions regarding the child are to be made in this jurisdiction.

The formal judgment from the appeal is yet to be handed down. The Court of Appeal did not entertain arguments about jurisdiction which were also advanced on behalf of the Appellant Mother.